The Cobalt Blue Tarantula, Haplopelma lividum or Cyriopagopus lividus, native to the country of Thailand and Myanmar is a fossorial tarantula from the Old World.

During our Thailand field trip in 2018 we were lucky enough to document a male and female specimen of this Cobalt Blue Tarantula. To our surprise, the coloration of the found Haplopelma lividum was outstandingly bright and vivid. Nothing we have seen before in captive bred specimens.

Within the habitat of the Cobalt Blue Tarantula one can find adult elephants roaming the ground. The natural landscape is lush evergreen tropical rainfores with quite some water and river streams all year around. You’ll get the best impression through the pictures down below or the YouTube video linked right here – enjoy!

Once a burrow is identified – either directly on the ground or on a roadside embankment, it is time to tickle the tarantula out of its burrow by imitating a insect.

Interesting fact regarding Haplopelma longipes populations in Cambodia and particularly the town of Skun, became known for the sale of tarantulas as food products. The spiders are fried in hot oil and then sold to visitors and tourists. It is estimated that more than 1500 tarantulas are sold daily. So the trade is considered to be essential for the income of the local population. However, since all the sold spiders are wild-caught, it is feared that the business is not sustainable, and over-collection might threaten the populations of the tarantulas (YEN & RO, 2013).

The hypothesis is supported that the genus Haplopelma, including the Cobalt Blue Tarantula, might represent a non-monophyletic group. It is to be hoped that a systematic revision will clarify the true diversity of the subfamily Ornithoctoninae. 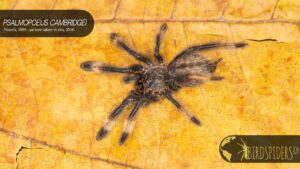 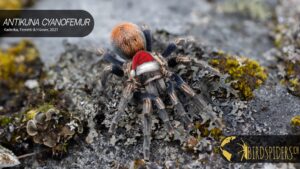 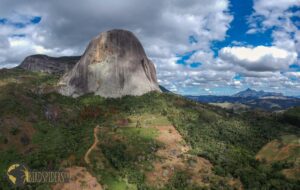 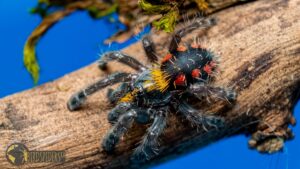